Hello out there. Hope you are all well, being able to find stuff in the supermarket (it was really bare this morning) and enjoying the oncoming spring. To be honest, I wouldn’t mind having to self-isolate for a week too much – the house would be tidy, the garden would be immaculate, next year’s firewood would be cut and I’d finally have bagged up all the clothes I swear I’m going to slim back into for charity. And I’d be bored, bored, bored ….with the spring coming, you just want to be outside to enjoy the fine days. Especially when all the birds are singing. This song thrush was giving it laldy from the top of a pine tree just beside the visitor centre.

While this one was raking for worms on the lawn outside. 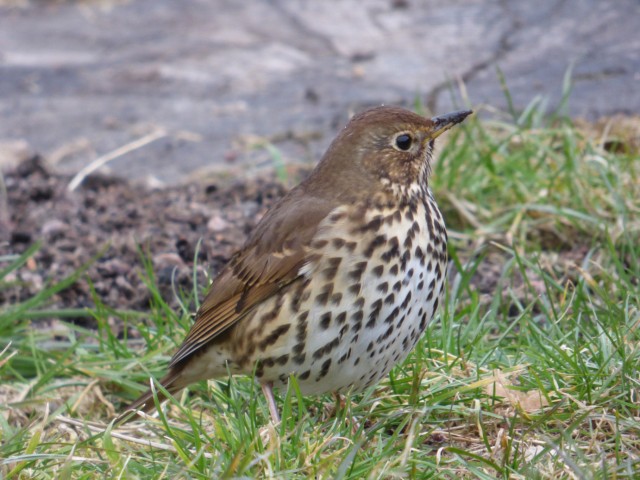 And this woodpecker decided to briefly drum on our garage before picking around for insects, then giving up and going onto the peanut feeder. I’m glad it stopped; imagine having to explain that to the insurance company ‘ So, the hole in your building was caused by a woodpecker? Pull the other one!’.

Also taking advantage of the feeder was this rather smart red squirrel. Though I am reminded of why the camera we mounted here doesn’t work any more…

Stretching for the peanuts!

Wonder why the camera doesn’t work….

Most days have been pretty sunny, but have often started cold. On Monday, there were gossamer-fine ice crystals on the frost that vanished as soon as the sun touched them. 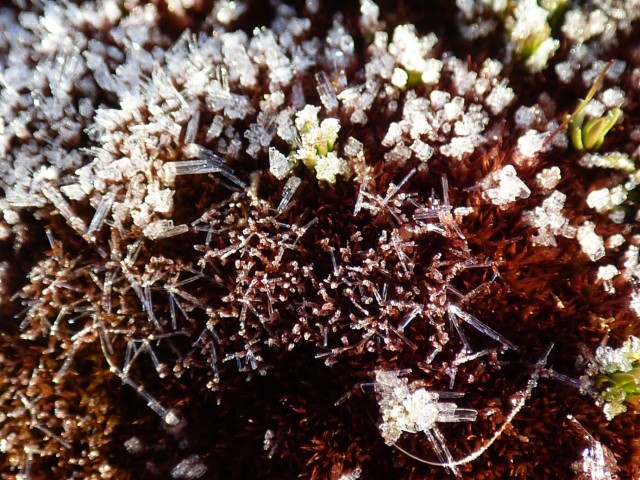 And the odd shower was scattered into rainbows by the spring sun (thanks to Rachel for these pics).

More creatures are emerging as the sun warms the land. We had our first slow worm on Wednesday and our first frogspawn this week, too.

First slow worm of the year 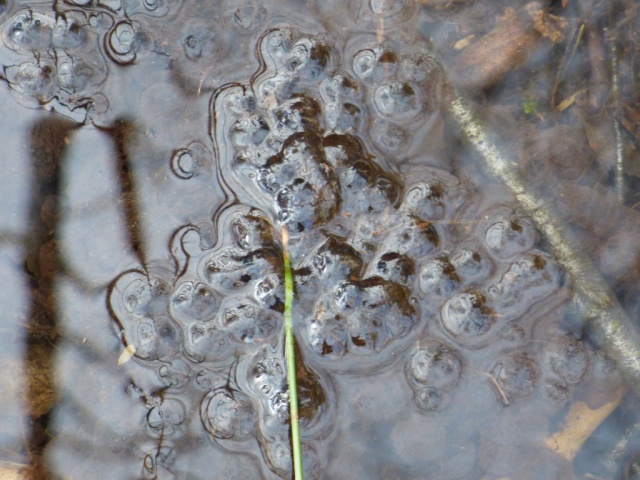 The first frogspawn of the year

The toads are up as well but we haven’t had any huge numbers yet – but give it a couple of warm days and they’ll be everywhere. 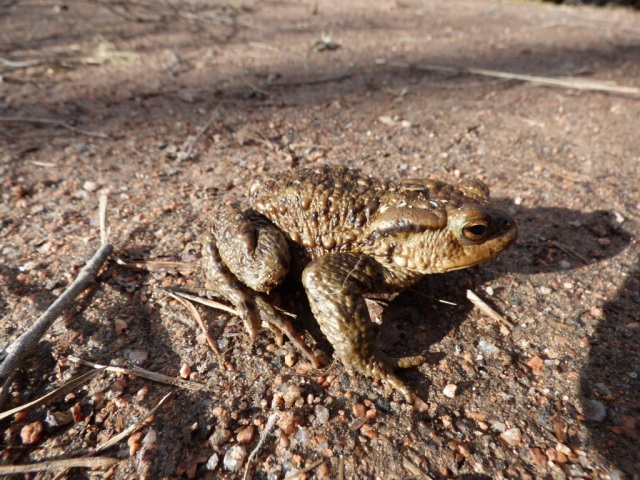 There are several adders out basking now. This knot of scales and coils resolved itself into three snakes when we zoomed in with the camera. 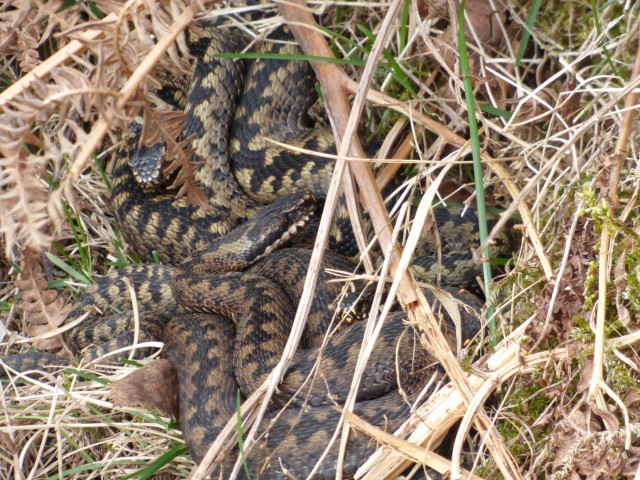 And this smart male was enjoying the warm stones on the drystane dyke.

But, in spite of the fine weather, the wind last weekend was enough to damage trees and this one, right by the path, had to go. 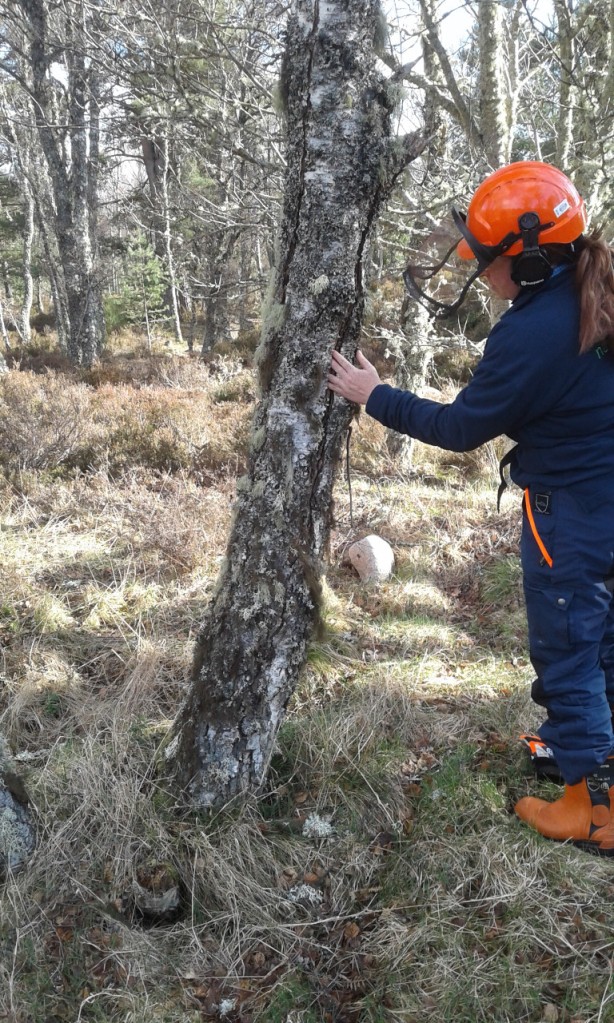 What’s the crack? The tree’s knackered, that’s what! 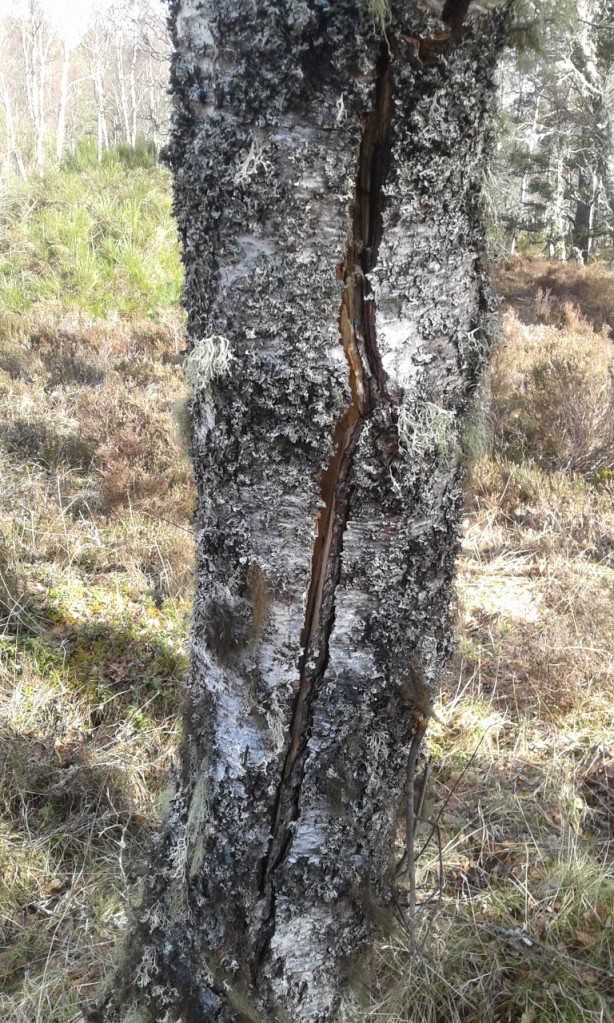 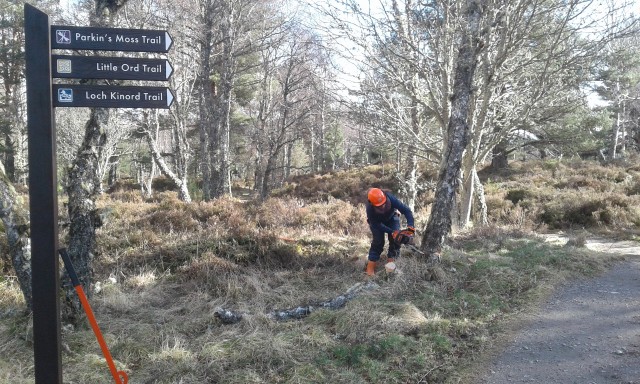 Highlight of the week definitely happened on Monday, while I was doing a bird count on the loch. Suddenly all the ducks and geese took off, quacking, honking, whistling, grunting and it was raining birds as they all crashed and piled into the reedbed. I barely had time to curse at losing count when a huge presence made itself felt overhead – sea eagle! This explained the mass panic on the loch – these big predators can take anything even up to the size of a swan.

This was an adult bird, the first time I’ve seen a full adult sea eagle here. We occasionally see roving juveniles, often about this time of year, when they can make an easy meal of sex-crazed toads. And it just got better and better – the bird came into land on the far side of the loch. 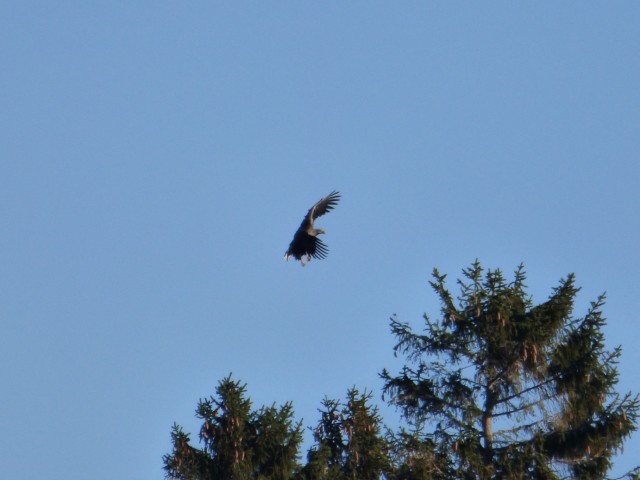 Coming in to land

It’s not that obvious, perched up high.

But I think I was the only one for miles around to welcome its presence. The local crows, buzzards and a red kite, all came over to mob it and annoy it into moving on. They eventually succeeded and the bird flew off west but not before I’d enjoyed a spectacular performance of eagle-baiting. I hope it’ll reappear for some amphibian snack food in the next few weeks!

The raptors have spotted the sea eagle 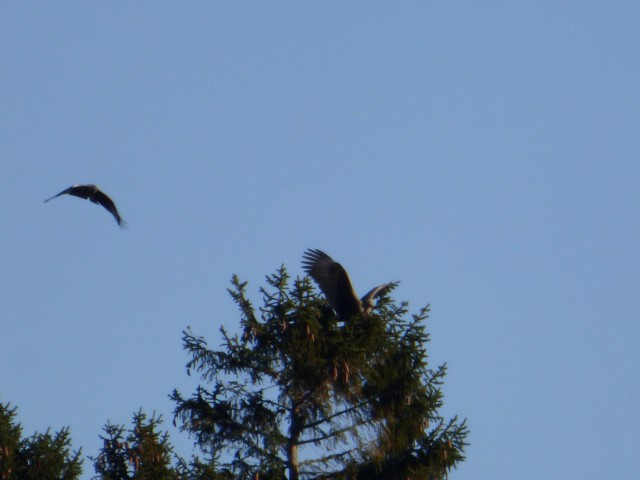 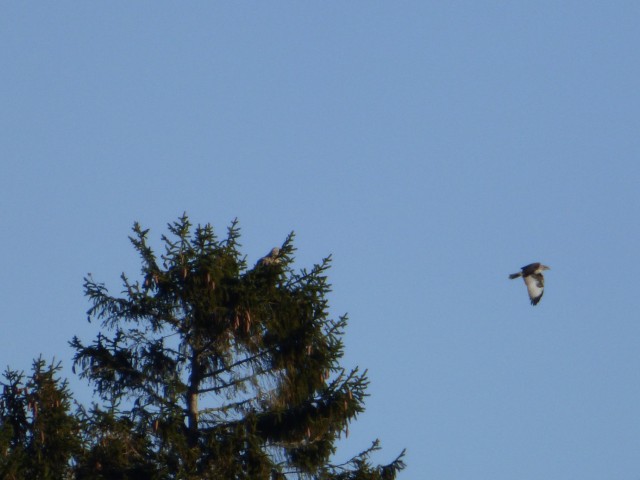